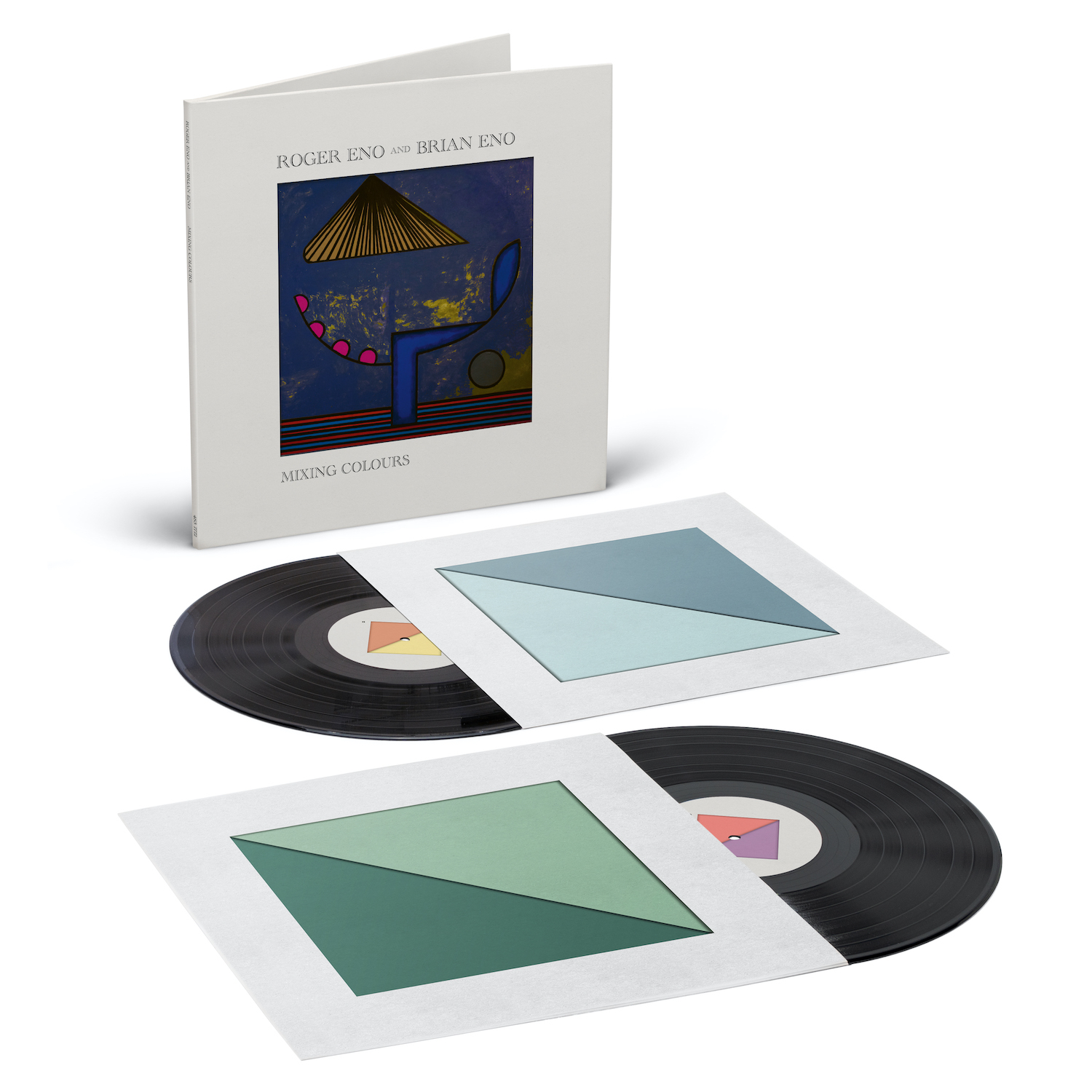 When it comes to ambient music, there’s often a fine line between dreadful and devastating, boring and beautiful. Brian Eno has ridden it for a while now, beginning with his bedridden 1975 breakthrough Discreet Music. Largely inspired by a hospital stay that left him listening to music at a level so low he couldn’t perceive it properly, its turning point tracks were meant to capture Eno’s own evolving definition of ambient music — that it “must be able to accommodate many levels of listening attention without enforcing one in particular… as ignorable as it is interesting.”

While he’s toyed with this pretense numerous times throughout his career, Eno’s concept went the full circle route with 2012’s Lux record — a compilation of his compositions for art galleries and airports — and several projects since then, peaking with last month’s Mixing Colours LP. A long overdue duet between Eno and his brother Roger, it was essentially started way back in the ’80s. The album picked up its glacial pace over the past decade, as Roger converted his piano-driven pieces into MIDI files and Eno molded their polychromatic melodies into what they are today: snow globe sequences that are slow but not sluggish, with fading impressionistic flourishes that heal like hymnals.

“We weren’t directing this towards an end result,” explains Roger. “It was like a back-and-forth conversation we were having over a 15-year period. The idea for a full album emerged as the number of pieces continued to increase. It’s something that neither of us could have arrived at alone.”

A fits and starts full-length that ended up exceptionally smooth,  Mixing Colours left Pitchfork nonplussed. After slapping a rough 5.8 rating on the record, critic Ben Cardew called it “underwhelming, a world of wipe-clean surfaces and expensive echo that resembles a particularly laconic Air B-side.”

Which isn’t just harsh; it kind of misses the point. Non-invasive in a way that’s welcome, given the grotesque noise of the COVID-19 crisis, the Eno brothers recede into the background nicely, emerging with a furniture music ethos that couldn’t be more timely. As ignorable as it is interesting indeed.