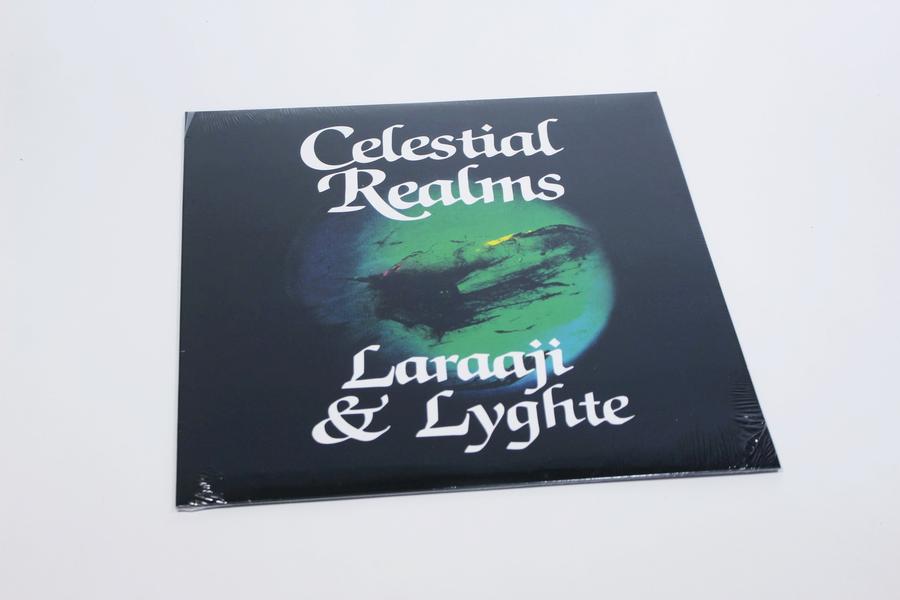 When Celestial Realms was originally released in a rare cassette run more than 30 years ago, Ramana Das—the music editor of Yoga Journal—called it “the best sustained trance music of the year.” He was quick to add one other thing, however: “[It’s] definitely not for grounding or as background to washing dishes!”

Which is really a roundabout way of saying the record isn’t boring. A fair point since these two side-long pieces graze the surface of the sun beautifully. All thanks to a seamless zither/bell/synth/guitar session between Laraaji and Lyghte, two New Age titans existing on another plane entirely.

Look out for a long overdue vinyl pressing of Celestial Realms through Telephone Explosion’s new Morning Trip imprint next month. In the meantime, here’s a streaming version of the entire album via Spotify and Bandcamp….

Previous Jonas Munk On…
Gone to Earth
Next William Orbit
Pieces in a Modern Style
(Maverick, 2000)