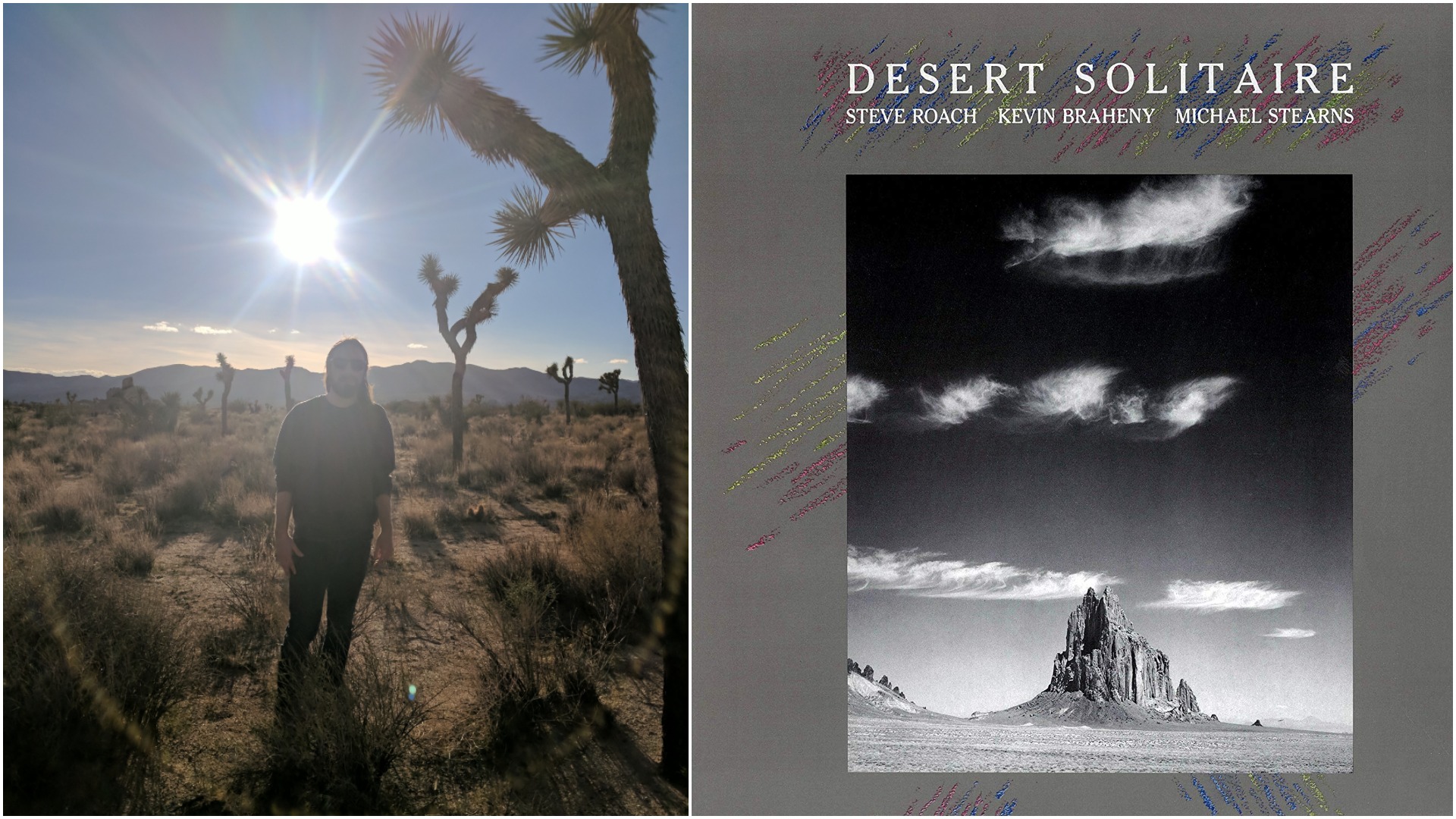 Edward Abbey, known as the “Thoreau of the American West”, published his most famous book Desert Solitaire in 1968. It’s an influential example of environmental writing, a genuine attempt to engage the desert landscape in a literary dialogue and artistic examination of an environment previously left relatively untouched by such efforts. The book relates Abbey’s experiences as a park ranger working in Utah’s Arches National Monument in the late 1950’s—much of the time spent living alone in a government house trailer in a remote, undeveloped section of the park. Complete with vivid descriptions of the desert flora and fauna, geological features, and stories of various people who have tried to make their lives there (some of whom failed), the book is a lucid tribute and love letter to the American desert wilderness, in all its beauty and harshness.

One memorable chapter tells the story of Abbey’s experience removing a human corpse from the desert with a search and rescue crew, during which Abbey actually expresses envy of the dead man who likely died from thirst and exposure. He chose a great place to die, overlooking Grandview Point in the Canyonlands. But the book is not just an ode to the allure and brutality of the desert; it’s also a political statement, Abbey’s anarchist leanings and disdain for the boundaries and regulations imposed by human civilization (or “culture”, as he puts it) come through strongly in many chapters. 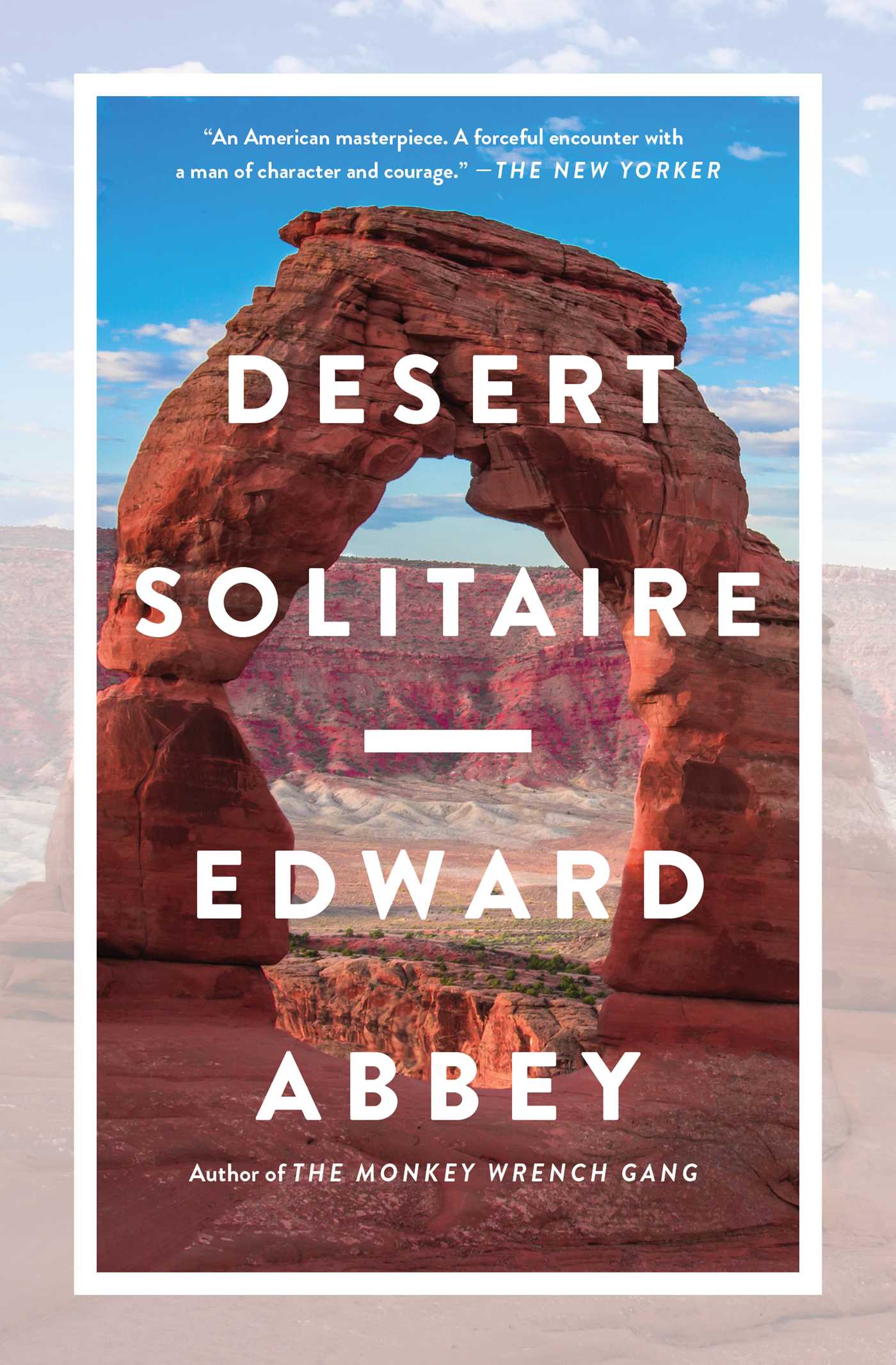 Abbey died in 1989, and the same year an album came out which borrowed its title from his book: Desert Solitaire (Fortuna, 1989), a collaborative project between American space music and new age titans Steve Roach, Kevin Braheny, and Michael Stearns. There’s an Edward Abbey quote on the back of the LP:

Benedictio: may your trails be crooked, winding, lonesome, dangerous, leading to the most amazing view. May your mountains rise into and above the clouds. May your rivers flow without end, meandering through pastoral valleys tinkling with bells, past temples and castles and poets’ towers into a dark primeval forest where tigers belch and monkeys howl, through miasmal and mysterious swamps and down into a desert of red rock, blue mesas, domes and pinnacles and grottos of endless stone, and down again into a deep vast ancient unknown chasm where bars of sunlight blaze on profiled cliffs, where deer walk across the white sand beaches, where storms come and go as lightning clangs upon the high crags, where something strange and more beautiful and more full of wonder than your deepest dreams waits for you – beyond that next turning of the canyon walls. 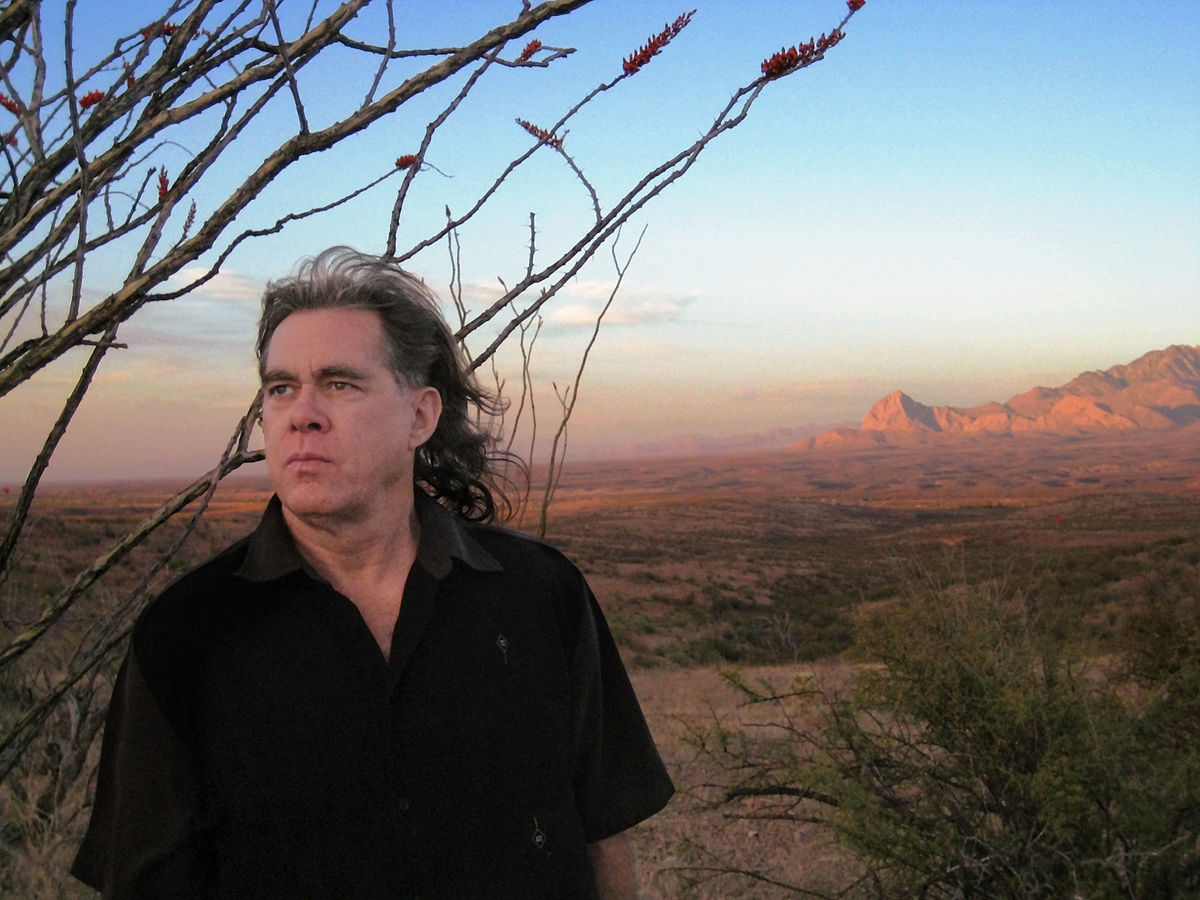 An avid Steve Roach head for many years, I hunted down an affordable copy of this LP on Discogs five years ago or so, before it was so easily available streaming online. I tend to approach listening to unheard Steve Roach albums with a sense of cautious optimism, as many times I’ve thrown on an unfamiliar Roach work only to find it beyond my personal threshold of cheese—a little too heavy on the didgeridoo, a few too many tribal beats, a little too sentimental. There is a fine line with this type of music which is easily, and far too often, crossed by many of its purveyors.

But when Roach gets it right, he nails it (see: Structures From Silence, Dreamtime Return + The Ambient Expanse for a few starting points). A tribute to Edward Abbey conceptualized by Roach, Desert Solitaire gets a lot right. Once you get beyond the mid-tempo opener “Flatlands”, which nods to the percussive pallet of Dreamtime Return, the spaces open up and the music is imbued with a tasteful minimalism and restraint often lacking in New Age music, no doubt owing to the album’s subject material: the American desert. The color palate of the album design—a cool gray with accents of pink, blue and green—perfectly matches the soft hues of the music. Field recordings are occasionally sprinkled in to complement the atmosphere of Roach’s soaring pad work, along with flutes and other winds performed by Kevin Braheny, and Michael Stearns’ striking cinematic sound design, all presented with remarkable restraint.

“The Canyon’s Embrace”, credited to Roach and Stearns, pairs a two-chord inhale / exhale synth pad mantra (one of Roach’s signature moves) with a distant flute and minimal, swirling sound design, painting an impressionist picture of the epic vastness of Utah’s Canyonlands.

“Specter” features a guest appearance by another American space music giant, Robert Rich. It starts as the perfect exercise in tasteful, drifting desert ambience—like sitting on the back porch of your cabin in, say, Joshua Tree, while watching the sunset on a somewhat windy evening—before Roach’s darkening pads envelop the piece along with Rich’s spacious gourd percussion and sparse flute phrases.

“Cloud of Promise”, another Roach / Stearns co-write, is the perfect combination of tasteful pads and twinkling textures, exactly what ought to be playing in the ideal New Age store in New Mexico.

Michael Stearns has a few tracks composed solely by him. “Shiprock”, named after the geological formation in the Navajo territory of Northern New Mexico that graces the album cover, bears great resemblance to the rock itself—starting with almost nothing but a single droning note, and eventually building up to a dizzying swirl of air and texture before falling back down to nothing again, just like the giant rock shooting up into the heavens out of the emptiness of New Mexico’s high desert country.

“Empty Time”, the only track on the album credited solely to Kevin Braheny, stands out stylistically; Braheny’s Riley-esque soprano saxophone melodies are complimented by plenty of negative space and sparse North Indian percussion.

I could go on and describe each of the album’s tracks in more detail, but I noticed that my LP copy has a sticker on the front of it containing DJ notes from the previous owner (presumably a radio station), which gives a concise enough description to get the point across:

Edward Abbey himself might have critiqued this album as being too soft and too relaxing to match the sharp, rugged and hard environment of the desert. Not to mention there are no references in the music to the poison springs or uranium mines of Utah, or the high probability of death by dehydration if one were lost in the desert without water or the experience to find it. (Though to be fair, the epic ambience of “Highnoon” does a great job of suggesting the experience of the harsh midday sun bearing down on one in the open desert.)

Abbey’s writing style is often deliberately provocative; in his own words, “I like to startle people. I hope to help wake people. I have no desire to simply sooth or please.” This attitude would seem to completely contradict the ideals of New Age music. But there’s no doubt that Abbey would have found kindred spirits in some regard in Roach, Braheny and Stearns, all of whom seem to hold a deep spiritual respect for the emptiness of the desert landscape. Roach himself has lived in Tuscon, Arizona since moving there from Californa in the 1980s, which is where Edward Abbey lived his final days. As I write these words from my noisy loft in New York City at night, I can find some peace just knowing that somewhere out there in the desert wilderness, the sun is setting on a wide open space.

John Also Bennett’s debut solo album under the alias JAB, ‘Erg Herbe’, is now available through Shelter Press. Check out one of its standout tracks below, and the rest of the record (along with a track-by-track commentary!) over at our sister site self-titled.