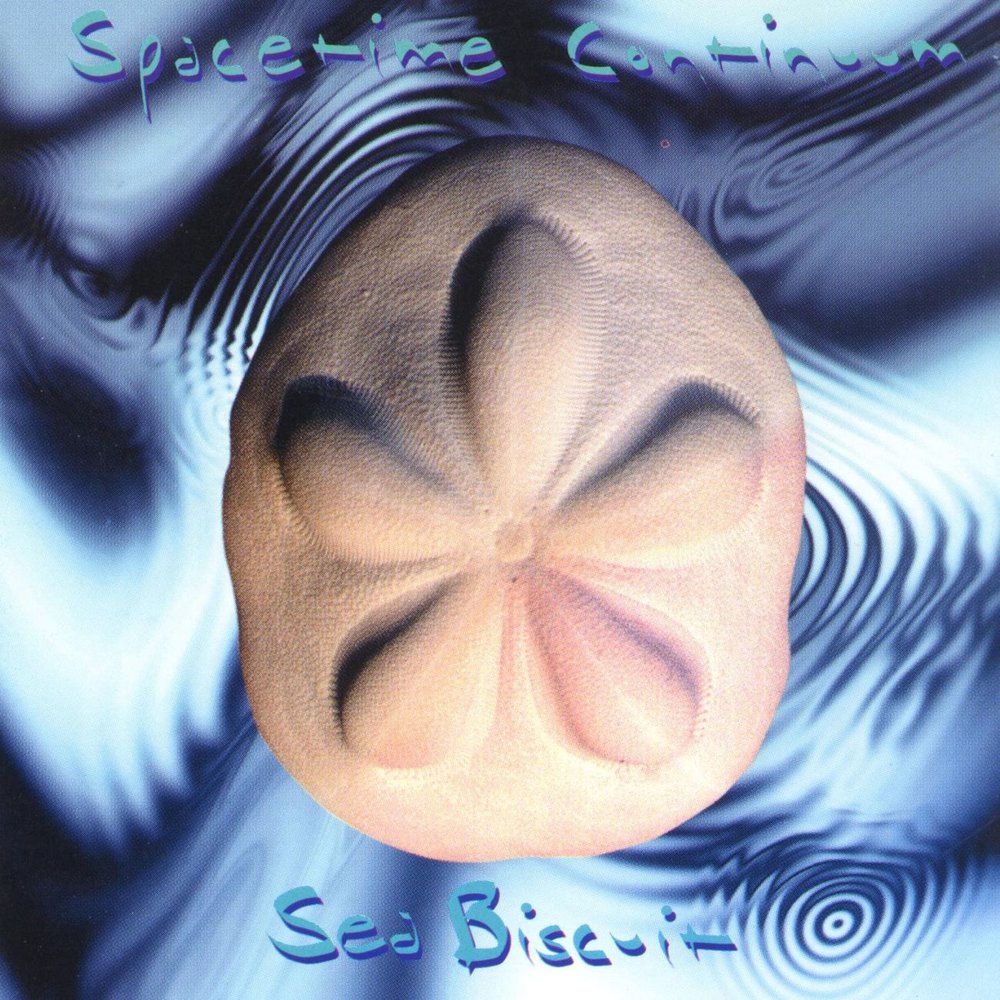 You would be forgiven for expecting something almost completely different not long into “Pressure,” the 10.5-minute opening track of Sea Biscuit (Astralwerks, 1994), the second album by Jonah Sharp under his Spacetime Continuum moniker. Despite a particularly gaseous introduction, a subdued kick/rim shot/lo-fi snare pattern creeps in, establishing a shuffling 108 BPM groove and clearly building towards something. That the drums do eventually DROP (and not just drip) in this track will seem utterly inconceivable in about an hour, but, aside from some particularly smooth and steamy synths, big chords, and quietly busy arrangements, this is still comfortably in the ambient-techno/downtempo/IDM wheelhouse that Astralwerks was trafficking in at the time.

But then something happens. The last two minutes of the tune are practically dripping with backwards bells, silky pads, and rippling arpeggios. Suddenly the drums fade out but they NEVER REALLY COME BACK and, oh yeah, there is still another hour of this to go.

The artwork probably should have been more of a tipoff.

Okay, so that last part isn’t entirely true. Most of the tracks DO have some kind of rhythmic parts, though they sound more like samples of airlock door mechanisms or little morse code pulses being played back in a missile silo than the traditional sounds of Detroit. The patterns twist around minimal bleeps and splashes of reverb or push against slow-moving impossibly lush pads & scratchy spoken-word recordings (“Subway” and “Q11,” respectively) or just endlessly build while simultaneously falling away, a kind of rhythmic Shepard Tone (“Ping Pong”).

The one thing they never do is GO ANYWHERE. Gravity is no longer a factor; you can picture the beats just hanging there like those little balls of water that form when an astronauts try to brush their teeth. “Voice of the Earth” sounds like the decomposing husk of a Dr. Dre production festering in a bog; you can hear the cicadas and swamp gas envelop you as a the bass plays out slow motion funky moves against a Buchla-esque 16th note pulse and a “G Thang” lead line.

The last leg of the record is seemingly an attempt to get every beautiful synthesizer and curious sound Sharp could dream up into 22 minutes of music. “A Low Frequency Inversion Field” kaleidoscopes through vaporous string pads, jazzy chord inversions, FM doodles and squiggles, filter sweeps, more chirping arpeggios, and great waves of filtered noise, changing from second to second while remaining completely static.

Closer “Floatilla’” rides THE WORLD’S GREATEST woozy resonant three-note bassline as it bends up and down through forests of chattering critters, clumsy bell-like pianos spilling out, wind pushing through the branches, while somewhere just out of sight lays a river of slowly shifting chords. Electronic kettles boil over and shut off, unsettling shift-register bird sounds, then suddenly the whole track woozily transposes up for a just few bars before drifting back down and winding down into nothing—just a couple of glassy chords and a corny little lead heralding the end of the album. I’ve listened to it at least a hundred times but every listen (up to, and including, this one) has revealed a new surprise, aspect or angle I hadn’t examined yet.

Laurel Halo first turned me onto Sea Biscuit on a van ride through Michigan in 2012, and I was immediately struck by its beauty and ambition. Laurel and I quickly bonded over a mutual appreciation for each other’s sets and the outer boundaries of electronic sound; I hear the ambitious lushness and progressive melodic/rhythmic/spatial sense of this record in her incredible music.

Organic Dial (John Elliott & Andrew Veres) also captures something that I love about this sound, a deeply environmental atmospheric take on electronic music that can transform a warehouse into a rainforest. (With the proper sound system and chemical ingestion, of course.) Lorenzo Senni tugs the same heartstrings with his super-saws and pointillistic progressions, and Los Angeles’ own LEECH has a similar command over impossibly detailed/twisted digital synth patches and shapeshifting arrangements.

But if there is anything that truly takes the torch of this sound and runs with it, I have yet to hear it. Somewhere in the Venn diagram of a sensory deprivation tank, tripping balls in the Amazon, the chill-out room (both the KLF album and the actual concept), Jodorowsky jazz and the final transmissions of a satellite slipping out of orbit. It’s one of those records that plays like an artichoke—layers and layers but you never find the heart. You just suck meat off endless flowers until you feel sick from all the melted butter.

There is seemingly no end to the adjectives this album inspires in me. A cathedral built out of cotton candy—just perfect.

M. Geddes Gengras’ latest album is actually a two-and-a-half-hour double LP on Lawrence English’s Room40 imprint. Stream ‘Light Pipe’ and ‘Sea Biscuit’ in full below, along with some of Gengras’ other key solo releases.