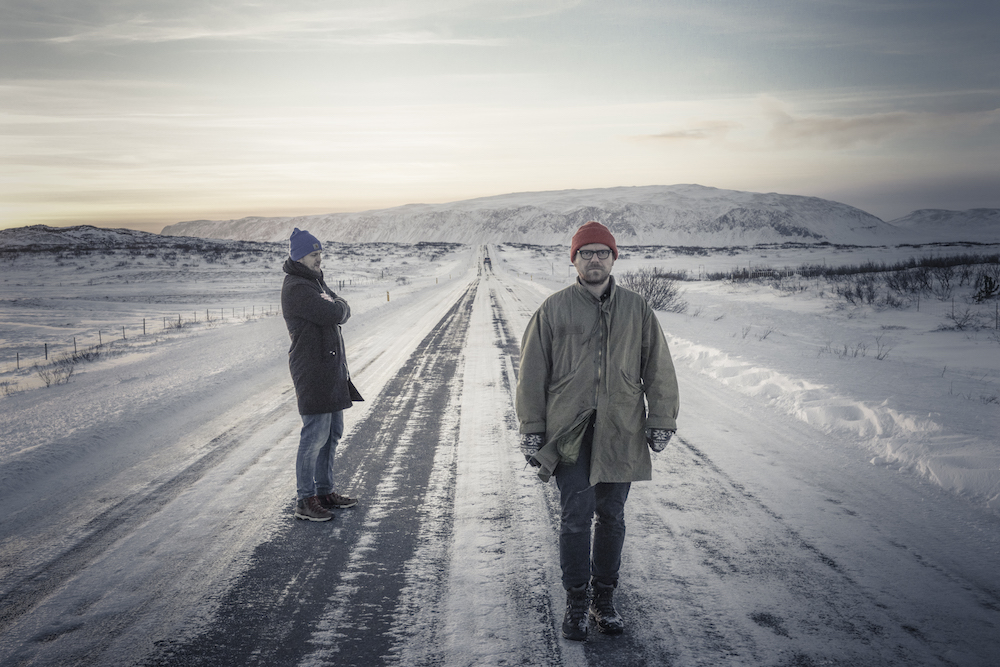 While Stefan Wesolowski and Piotr Kalinskí (a.k.a. Hatti Vatti) had long talked about making an LP inspired by the iconic documentary Nanook of the North, a perfect storm of inspiration didn’t strike the pair until a couple years ago. Quite literally, in fact, as that was when they were holed up in Ólafur Arnalds’ Reykjavik studio for days, harnessing a hurricane and seemingly endless snowfall with an improvised film score for Denovali Records.

“The atmosphere of the North,” says Wesolowski, “the palpability of the local nature, and Ólafur’s wonderful, cozy studio helped us return to Poland with a finished album.”

“The place is so magical and special,” adds Kalinskí, “So we had a desire to show people who like—or could like—our music how the album was made. There is a lot of emotion coming from that time and that place; I can still hear it in our recordings.”

To help put some equally compelling images to that particular time and place, the dark-ambient duo had a short documentary shot and were kind enough to share it with self-titled. Listen / look down below, right alongside a ripping Boiler Room performance….