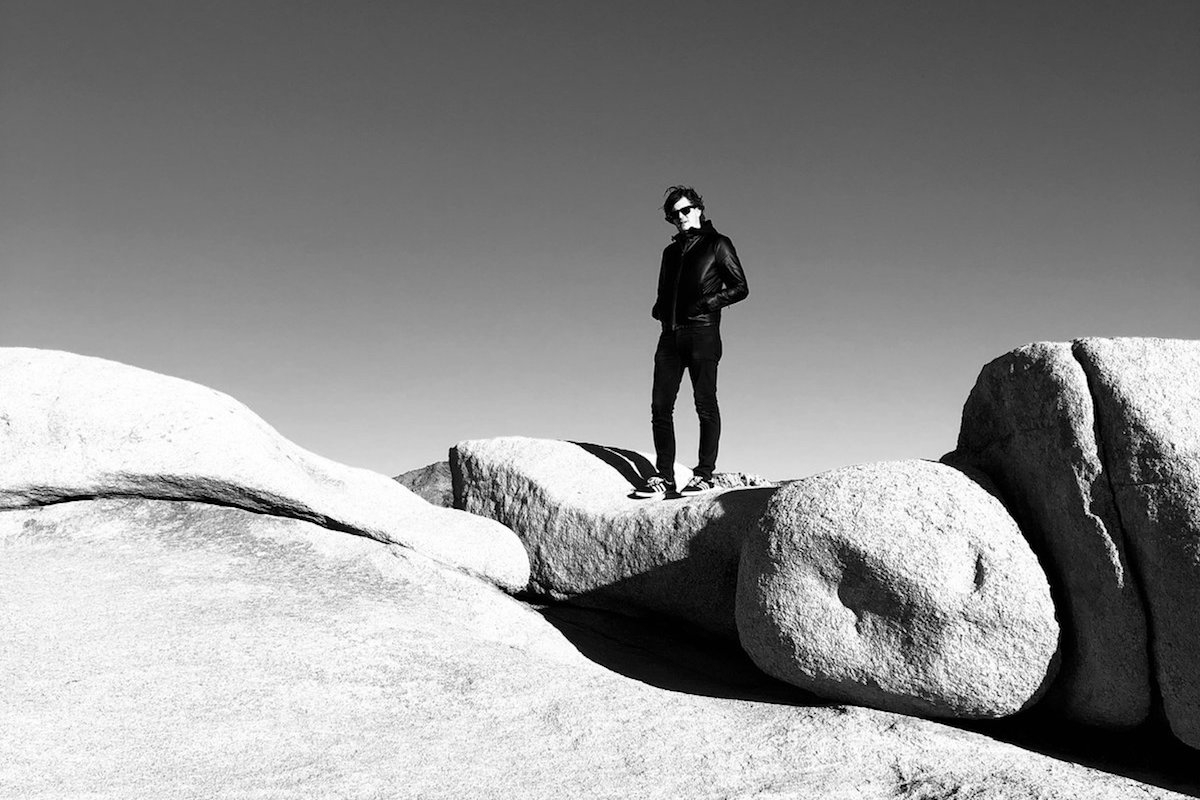 As if he wasn’t busy enough playing festivals, manning sound boards, mastering countless albums, and making his own experimental music, Rafael Anton Irisarri became our hero by filing a fantastic retort to Pitchfork’s recent 50 Best Ambient Albums of All Time list. It’s a doozy—100 records that represent a full range of sounds that soothe and/or unsettle, from Earth to Eleh, GAS to Grouper, Biosphere to Brian Eno.

Here’s what Irisarri had to say about it all, along with a Spotify playlist covering just about every album….

Over the course of a few hours, the Twitterverse had exploded on Monday. So many opinions, so much outrage, so much debate! No, I’m not talking about the debacle of our political system in the year of rage meets stupid.

It all started with a piece published by online “tastemaker” P4K. The online publication presented a list of 50 albums deemed the “best of all time” by their staff writers. It was a very good list, nonetheless controversial, plagued by unforgivable omissions and tedious repetition. This is my rebuttal….

Ambient music has never reached critical mass here in the US. I honestly think it’s something to celebrate.

As artists, curators, and listeners, we wouldn’t want to suddenly see music we love treated as a devalued, even disposable commodity, the same way certain electronic music and some of its more commercially applicable genres have become part of the American cultural(sic) landscape. That said, ambient music’s ability to slip this condition is probably due to our general lack of patience as a culture. Its sonic ecosystem requires a certain degree of time commitment—generally all things ambient aren’t expressed necessarily as the usual 3 1/2 minute song.

A truly acquired taste—usually only gained through a personal epiphany enabled by patience—it doesn’t necessarily provide instant gratification to the casual listener. It’s a deceptively simple style of music, too; it seems as if anyone can do it at home, therefore it’s easy to dismiss as pedantic or amateurish. And that may be true to a certain extent—it’s not hard to do it all from a few technical perspectives. The important part is not so much about the ease to make, the sound quality, or the performance of the musician, but rather the content itself: Is it distinct? Is it expressive? Is it memorable? This is why X can be a masterpiece and Y or Z total rubbish.

In my view, I find a piece like “Not Yet Remembered” by Harold Budd and Brian Eno memorable, significant and impactful. I can’t say the same about most music heard on commercial radio, clubs, stadiums or elsewhere over the last couple decades.

Then again, it’s all in the eye (or ears, rather) of the beholder…

We’ve seen many innovations in ambient music over the last decade alone; if we just speak on a technical level, the huge array of tools at our disposal these days is unbelievable. These technological innovations have in turn created entire sub-genres in their own right. Take for instance Tim Hecker, considered by many to be a key figure in the experimental and fringe electronic music scenes; his entire sound relies on VST effects and DSP (Digital Signal Processing) that wouldn’t have been possible 20 years ago. It’s astounding to hear someone creating a unique sound out of a technology that is often quite literally meant to be precise and homogenous by design. As you may know, with digital technology the general objective is to produce results that are to be exacting, reproducible and stable, unlike all the glorious accidents that can be had with analog equipment.

Over the last six or so years, I’ve also noticed a more physical approach to composing and performing music in a live setting. While still ambient music, it’s emerging as something that requires of the listener to accommodate its experience on many levels of listening attention without enforcing one in particular. It must be as ignorable as it is engaging (to paraphrase Brian Eno’s own definition). To me, volume creates an immersive experience alongside the aural, where the physical qualities of sound become exposed.

1. No duplicates entires. Yes, there are MANY Eno albums to pick from—very influential indeed—but the idea is to narrow it down to what I think is the most essential.

2. No albums already on the P4K list. (What would the point?)

3. There is no ranking, so I went in alphabetical order. There isn’t such a thing as “best” anything when it comes to art, only varying degrees of notoriety. In the age of Trump, the American concept of “The Best in the World” has become completely meaningless; in fact, it’s arrogant to make such assumptions.

4. I’ve been listening to ambient music for almost 20 years and I still know nothing. I’m sure there are missing tons of amazing albums here, so please add to this list in the comments below. That’s the most interesting part of these kind of exercises, learning and/or re-discovering gems long forgotten.