Anthony Naples
Take Me With You
(Good Morning Tapes, 2018) 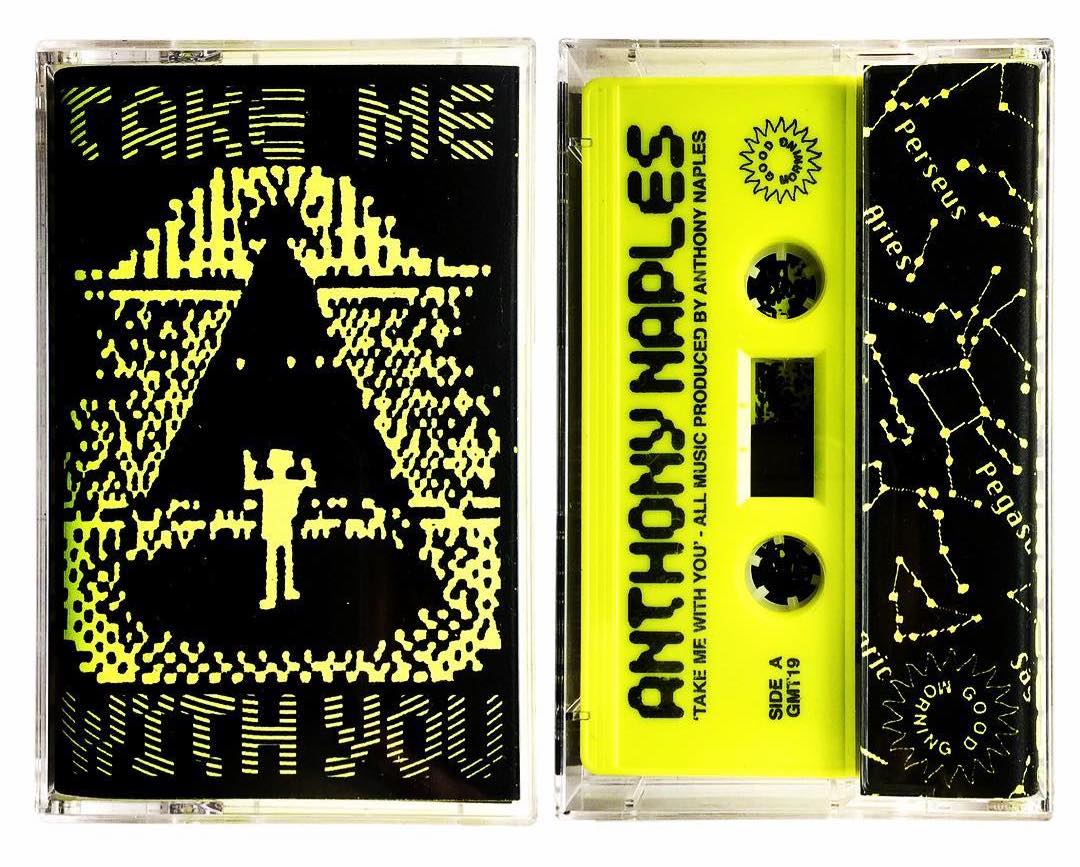 While it’s killer Biscuit cover may look like it was lifted from an old rave flyer, Anthony Naples’ newly dropped Take Me With You cassette is actually a concerted after-hours affair. Meant to be consumed like a mixtape—hence the Good Morning Tapes hook, rather than a traditional label—the 12 tracks on here are a tease at times, ending as soon as they’ve gotten started and hinting at heady ambient-house, anodyne New Age, and hallucinatory trip-hop. But they’re also supremely satisfying, rewarding any repeat listens rather than revealing its weak spots.

According to a press release, the Brooklyn producer had a lot on his mind while he was making his second proper LP, including memories of everything from Mount Eerie’s old band The Microphones to the top-notch experimental tracks of Arthur Russell, Suzanne Ciani, and Panda Bear. It shows. Free of filler and full of raw feeling, this record sounds like someone who figured out a way to finally be free.