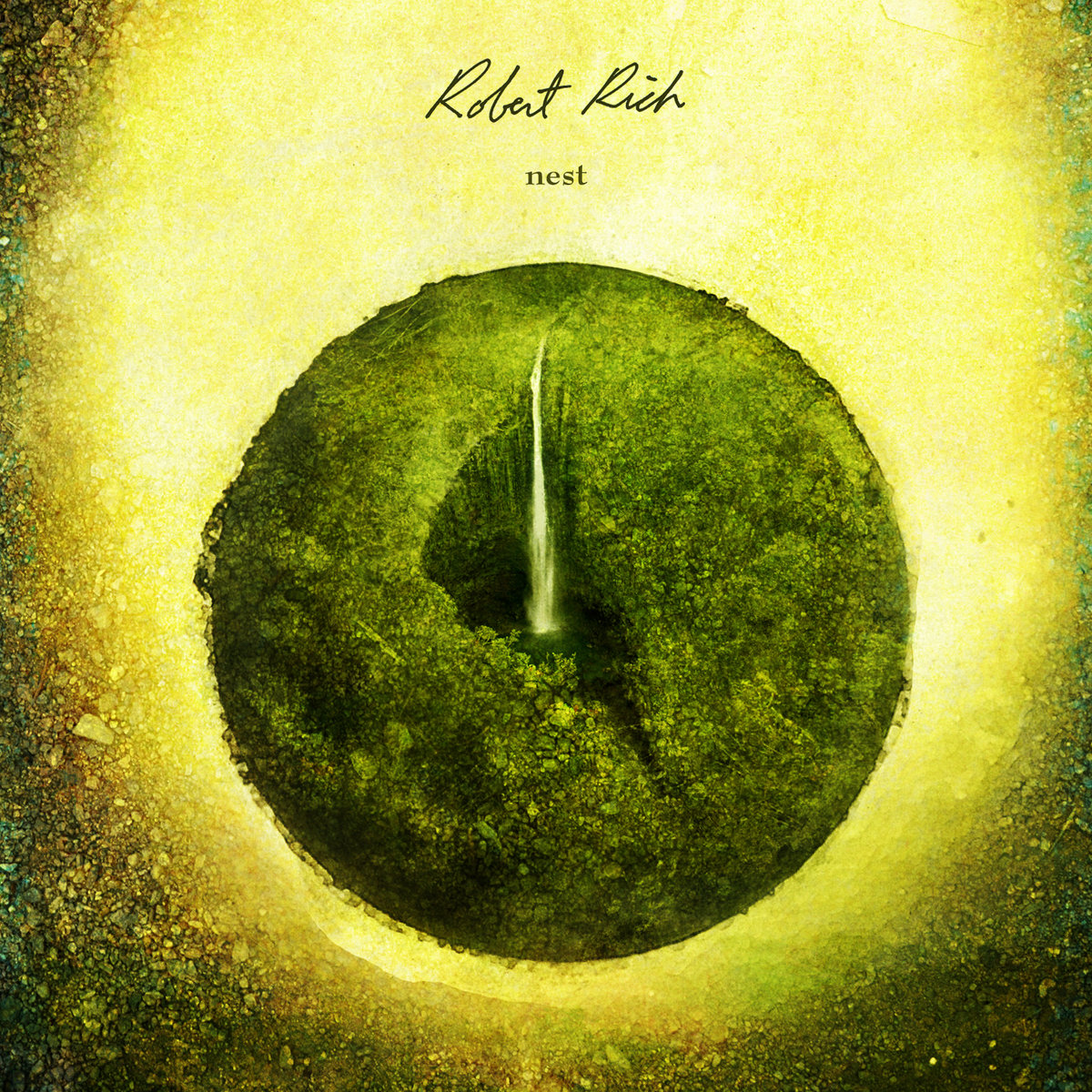 Critics may not consider Nest the most influential or ‘important’ release in Robert Rich’s immense back catalogue, but we’ve gotta be honest; it’s racked up millions of Spotify plays for a reason. And that is its steadfast position as a more peaceful listen than what we’re used to from a dark-ambient don who once had Lustmord on speed dial (see: the pair’s essential Stalker album).

Rich would be the first person to admit this, actually. The iconic composer is pretty self-conscious about any perceived sentimentality in the liner notes for this LP, making sure to mention that “Nest represents unfinished business for me. It’s an album that might have come from my childhood, from a hidden quiet place. I rarely make such calm music. Nest folds inward like a nurturing cushion; yet it never sits motionless, it evolves towards a kernel of revelation with slow searching energy.”

That last sentence makes a key point: “it never sits motionless.” None of Rich’s work does. Something always seems a little off or strange, whether he’s hanging with Steve Roach or lulling us into a deep sleep like Snow White on synths.

The other noticeable thing about Nest is how it weaves nature sounds into the mix, only to have Rich wave his magic wand and have it all disappear into the mist.

“Nest began with recordings from the eastern Australian bush,” he writes. “I often incorporate natural sounds into my music, but this music wanted to live entirely in outdoor soundscapes, surrounded by a subdued yet palpable sense of life…. I approach these juxtapositions of music and nature recordings with caution, as they risk sounding trite. For me, the combination works best when the music retains an attentive, submissive quality…. Each note serves primarily to outline its own absence, to create an illusion of silence.”

Previous Daniel Schmidt
In My Arms, Many Flowers
(Recital, 2016)
Next Nick Malkin On…
Vrioon