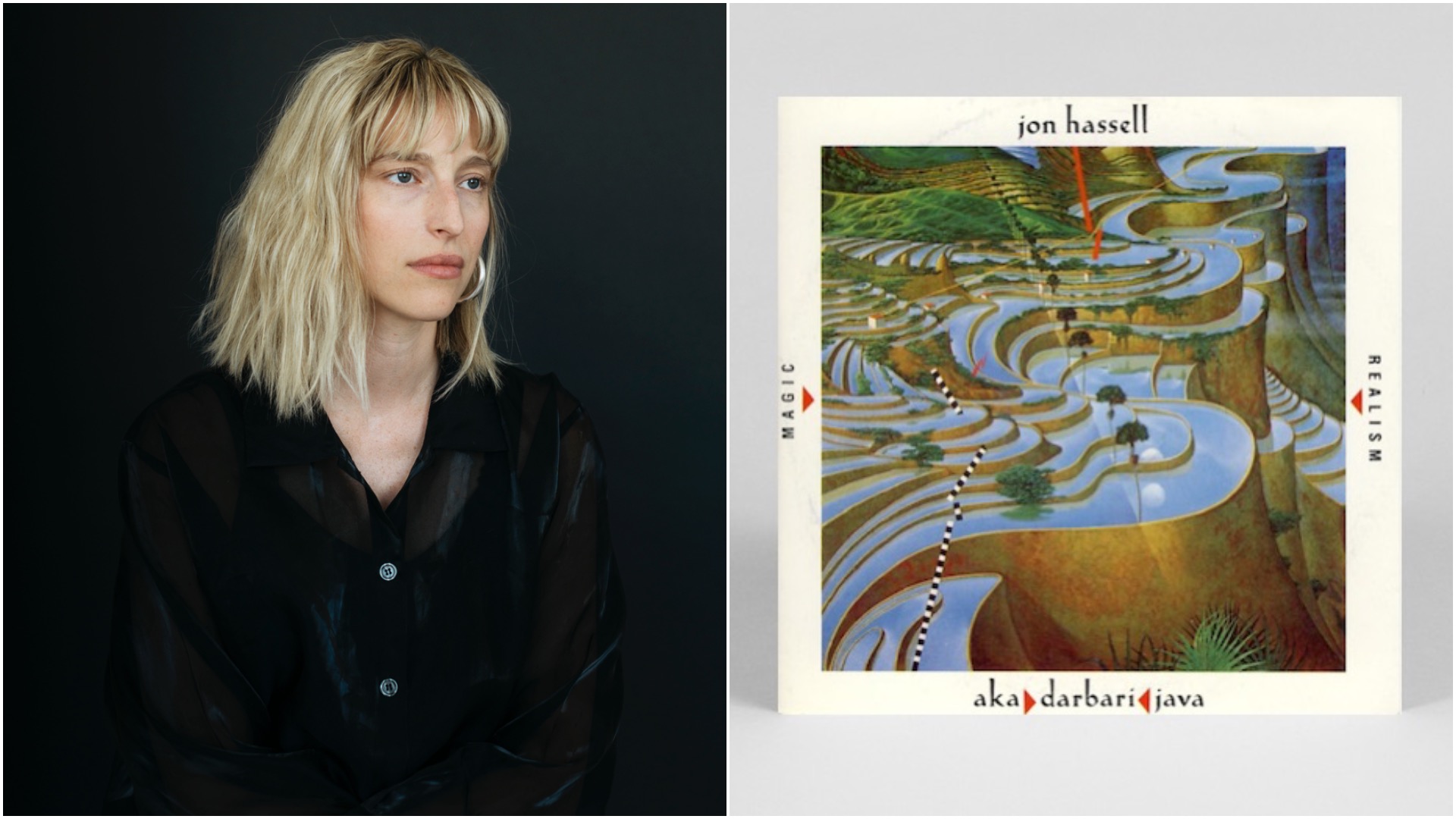 The first time I heard Jon Hassell’s music was a kind of eureka moment: “WHAT is this?” It was his 1978 album Vernal Equinox, and I was immediately drawn in by the looseness of it all, the use of percussion (which I’m always a sucker for), and the unorthodox processing of his instrument. But despite this album being my first introduction to him, the one I keep going back to is Aka / Darbari / Java: Magic Realism (Editions EG) from 1983. It’s an extremely inspiring and lush journey into woozy experimental territories that carries me away, but also makes me nerdily curious about its creation after several listens.

It starts out with a patient build, where small fragments of melody appear and depart again. It then takes you into a slow build over a loop that wraps you in atonal warmth, before the first percussive elements come in on the track “Empire III” and Hassell’s beautiful, airy trumpet melodies grabs a hold of you. It’s just so hypnotic and free, all done with such few elements: the percussive rhythms with the occasional bass-y pump, the melodic journey of the trumpet, and a very subtle high-frequency sample that weaves in and out.

Then comes the dubby and loopy “Empire IV.” From what I’ve read, this album was made using a great deal of digital sampling and processing with the Fairlight CMI — a new technological development in music production at the time. This must have really opened a lot of doors in terms of possibilities and surprises in the recording process. I would have just loved to have been a fly on the wall during the making of this, to see how he made use of this new technology to further his already well-developed sound.

“Empire V” is my favorite track on this album; I find myself imagining drifting in a small boat on a river surrounded by purple skies and Birds of Paradise, with the waves rolling and lapping against the hull of the boat. Talk about magical realism. This is what I love about music — that an idea or sound can develop from nothing and become so full of life in the ear of the receiver. And that the composer, performer, and instrument are merely a vessel, yet the only possible vessel for this new life.

Which leads us in to another epic trance-inducing moment: the meditative, almost 14-minute “Darbari Extension I.” The trumpet softly flies over the warm percussion and fragmented samples that add to the seasickness, never allowing it to settle into a repetitive space. On “Darbari Extension II” we hear echoes of the samples used on “Empire IV,” again going into an almost freeform dubby territory. The journey ends here — for now — like we’re in some multi-colored, shiny cave waiting to find out what’s next.

We can hear Hassell’s influence across so much music, including some of the most explorative and rule-bending stuff being made today. It’s impossible to pin down geographically, and is timeless — a gift to us all. It’s also taught me a lot about freedom in process, making a lot with few elements, and about letting the idea take hold without restrictions.

Carmen Villain’s first strictly instrumental album, the ambient-leaning ‘Both Lines Will Be Blue’, is now available through Smalltown Supersound and streaming in full below, along with a couple video clips. The multi-instrumentalist also made a downtempo mix for our sister site self-titled.

Previous Sage Caswell On…
A I A: Alien Observer
A I A: Dream Loss
Next Hayden Pedigo On…
Variations: A Movement in Chrome Primitive