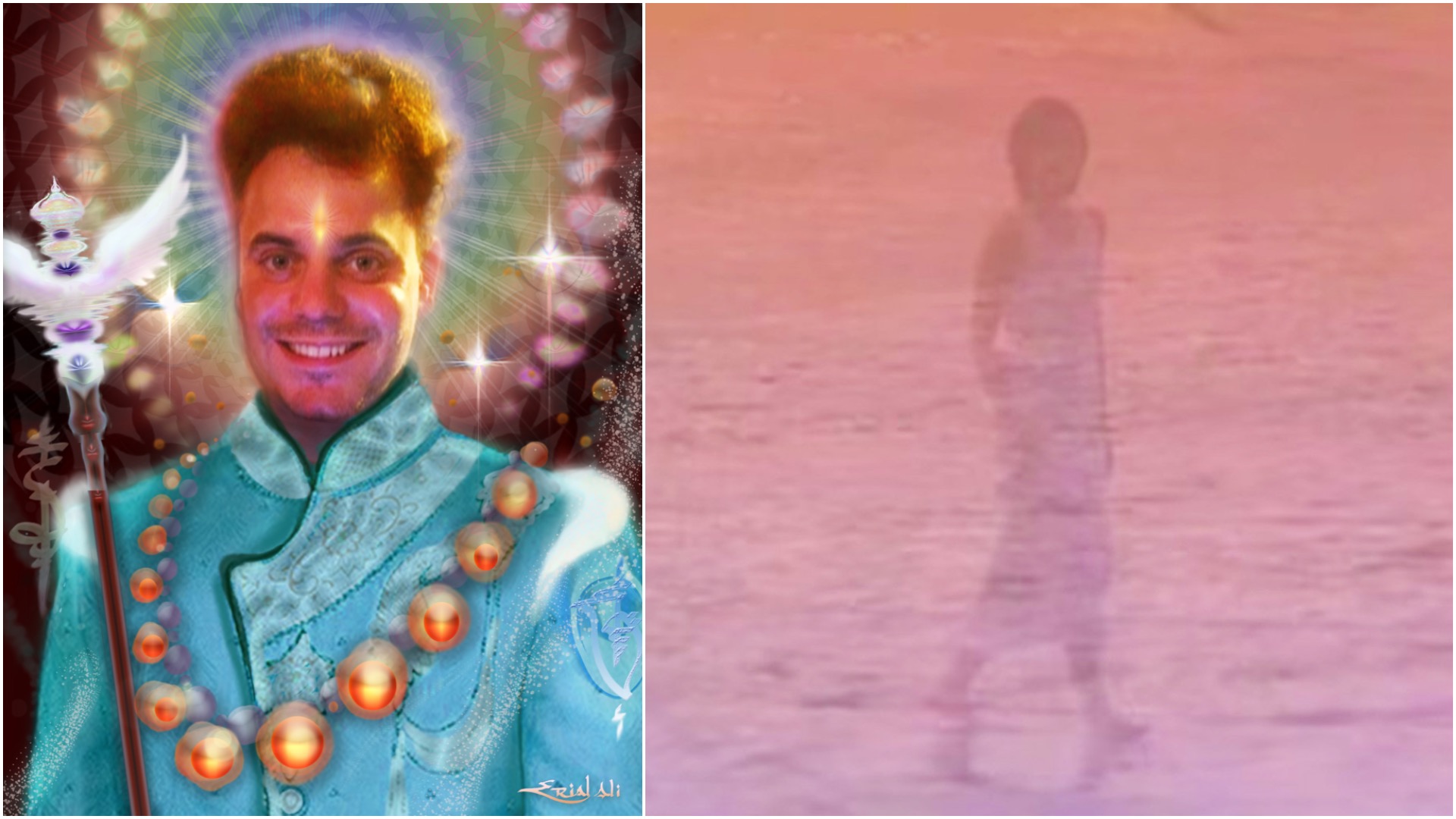 アンドロメダ translates to andromeda, a galaxy two and a half million light years from Earth, and an adequate way of summing up the music made by Telepath.

An original founder of Dream Catalogue, Telepath (or t e l e p a t h テレパシー能力者) has released dozens of Vaporwave albums since 2013. While many have attempted to imitate his style — Asian language track titles, samples slowed down to a crawl — they lack the raw emotion and otherworldliness Telepath does.

アンドロメダ (Dream Catalogue, 2014) reminds me of a faded picture, or a scrapbook found in a cupboard or loft, recreating the past, a reminder of your older self — a picture of you on a beach as a kid and remembering the sand in your shoes, or your family sitting round a table and remembering the way the kitchen smelt.

The melodies in 空に光 (“Light In The Sky”), 二 (“Two”), and ほとんど幸せ (“Almost Happy”) are so memorable and emotional, so overblown, so sweet, it’s kind of too much, almost embarrassing — messy emotions that are too overwhelming to fully engage with.

Many of Telepath’s samples are taken from ’80s pop songs, and most of the tunes on アンドロメダ fade in and out, a kind of Mallsoft in medias res, memories of people who have come and gone, who all existed before and after the version you experience. It’s hard to tell where the samples end and the original parts begin. アンドロメダ is slathered in reverb, echo, syrupy flange and delay, where snippets of a larger piece are carefully selected, and the real and fake collide, the emotional and the hollow, the banal and the extraordinary, the fact and the recreation.

Not all of the songs on アンドロメダ are easy to listen to. For example, the soft echo chamber nightmare of 私はあなたのことを思っている (“I Am Thinking About You”), and the smokey dragging 存在 (“Existence”) add an uncomfortable emotional depth.

The whole record brings random and forgotten memories and feelings come back to me — unknowable music heard through a lens, photocopies of photocopies, warped sun-bleached nostalgia, a half remembered memory hovering in the back of your head, a woman on a beach fading into a pink sea….

JQ’s latest album, ‘Outside’, is now available through Lo Recordings’ new ambient series “Spaciousness”. Stream it in full below, along with the New Atlantis resident’s sold-out tape ‘Invisible’. We also unveiled a special JQ video over at our sister site here.

Previous Hayden Pedigo On…
Variations: A Movement in Chrome Primitive
Next Carmen Villain On…
Aka / Darbari / Java:
Magic Realism