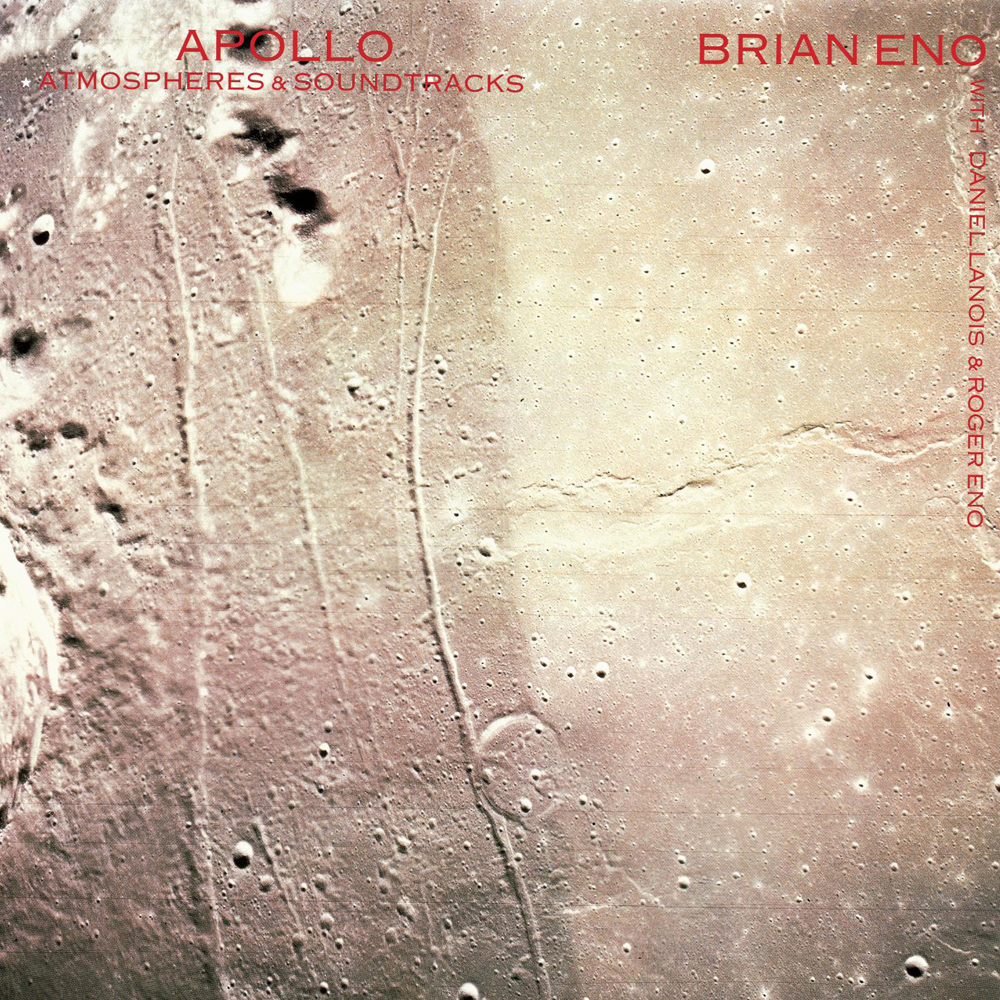 When you’re a music lover, one of the best gifts is to rediscover an album that you’d previously written off—especially when it’s from one of your favorite artists. That was the case for me with Brian Eno’s Apollo: Atmospheres & Soundtracks (EG, 1983). Rediscovering an album rewards you in two ways: First, there’s the music (of course). And secondly, it makes you go back and wonder about the circumstances that might have led you to miss its quality and importance in the first place.

Let me address the second issue first. The year that Apollo came out was 1983. Hard to believe, but I thought I’d had my fill of Eno by 1983. After his Another Green World and a few of the tracks on Before and After Science, I felt that a lot of his “ambient” albums were sounding like retreads. That didn’t keep me from buying every album, but it did keep me from spending much time with them. Music for Films, Music for Airports, Ambient volumes 1, 2, 3 and 4; as these albums came out in the years following Another Green World, they all seemed to be providing diminishing returns.

Of course, I was wrong, and I would return to each of them over time, and find music that I couldn’t imagine living without today. But Apollo was a little different. I knew that Eno was heavily tied to his aural sidekick, Daniel Lanois, on this album, but the first side just sounded like more of the ambient stuff from his previous four or five albums. But when the second half kicked in, I was confused. Guitar picking? Pedal steel? Folk/country melodies over major and minor chord changes? This wasn’t Eno. And it definitely was not ambient.

I have to admit, this is not where my head wanted to be in 1983. At the time I was in a band called Rubber Rodeo. We were the first band to be called “country punk” because we melded New Wave synthesizers and drum machines with pedal steel guitar, acoustic mandolin, and violin. We weren’t country, and we definitely weren’t punk, but the tagline stuck anyway. Some people said we were “Devo does Dolly,” but we thought of it more as “Eno does ‘Wichita Lineman’.” And maybe there was the rub: When Eno actually made an album that tapped into the “high lonesome” sound, it didn’t match what I thought it should sound like.

Years later, with a new set of ears and a need for new Eno experiences, I revisited Apollo, and it made immediate sense. Yes, the first half of the album still resembled many bits and pieces of the six ambient albums that preceded it, but I now recognized that “An Ending (Ascent)” would have been a standout on any of his albums. And when “Silver Morning” kicked in, I knew I was in unique territory. Unique to Eno, anyway—solo guitar, no apparent synths, but plenty of effects. Lanois had been working in this territory for a while, as had other non-ambient artists like Ry Cooder, but on an Eno album? Now they had my attention.

But nothing matched the beauty and surprise of tracks like “Deep Blue Day” and “Weightless,” with their mix of pedal steel and synths. “Deep Blue Day,” in particular, is one of my favorite songs, if for no other reason than that it might be the first recorded appearance of Eno’s Omnichord keyboard rhythm machine (on the “country rhythm” setting, no less!). The album ends with two other songs, “Always Returning” and “Stars,” that have ended up on my personal playlist of Eno favorites—no small feat, considering the competition.

The music of Apollo captured the essence of the high and lonesome sound without the ennui of Another Green World. For me, these tracks have become synonymous with joyous, expectant searching and discovery—and as fate would have it, others apparently agree. A couple of songs on this album have become staples of movie and TV soundtracks, where their mood of heroic exploration has served as the accompaniment for everything from a new car purchase to the toilet diving scene in Trainspotting.

As the years wore on (and yes, appreciating Eno albums sometimes can take glorious, beautiful decades), Apollo grew richer and richer for me, and I wondered why Eno—or anyone else for, that matter—hadn’t spent more time mining what I felt could be a very rich mother lode of “ambient country” music. My interest turned into a mission, and I decided that if I couldn’t find any more music like it, then at the very least I could create some of my own, just to see if it could be done. With the four other like-minded travelers of SUSS, I set out to do just that. I wouldn’t say that our first release, Ghost Box, was an homage to Apollo, but that album was never far from our minds during our recording.

Since then, we have discovered many other artists who have traveled this same path, whether consciously or unconsciously, including Japancakes, Chuck Johnson and The Dead Texan. And with each new discovery we’re finding that the landscape of “ambient country” as originally charted out by Brian Eno’s Apollo: Atmospheres & Soundtracks just keeps getting wider and wider.

An expanded CD edition of SUSS’ ‘Ghost Box’ album is now available through Northern Spy. Stream it in full below, along with a few official videos from the NYC band, who play Mercury Lounge next month.