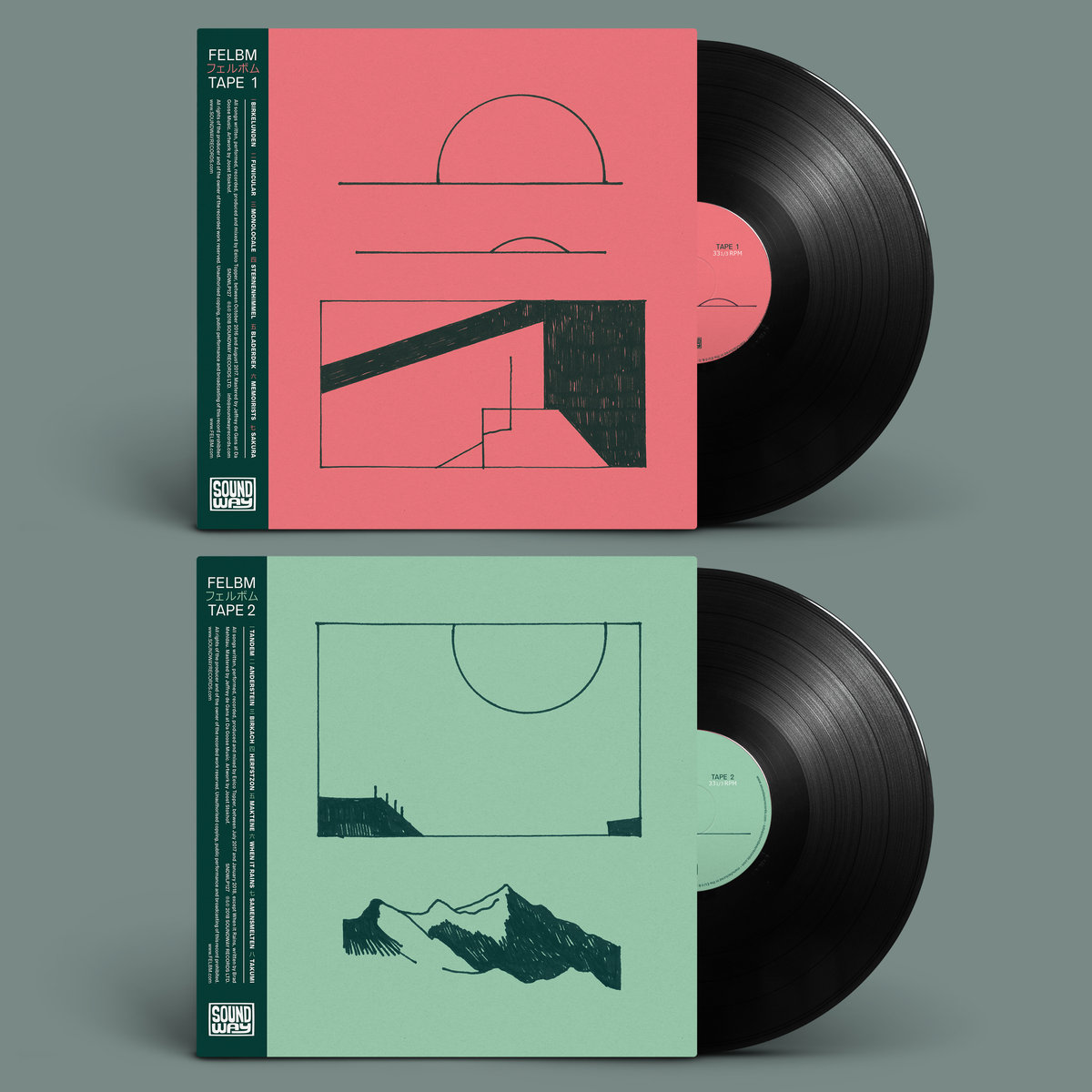 Here’s an example of cover art catching our eye in an era where that sort of thing isn’t supposed to matter anymore. Not in the digital realm, at least, as it’s difficult to draw a direct parallel between scanning the artful shelves of a well-curated record shop and riding the ragged algorithms of Spotify.

Having never heard Eelco Topper’s previous Falco Benz project, we weren’t sure what to expect from the first couple EPs of his ambient-jazz alias Felbm. Other than quality, of course, due to its association with Soundway Records. Well, much like their minimal sleeves, both records sound like a clean and well-composed sketch pad, as if Topper decided to recast his classical training at the Utrecht Conservatory in a more laid-back light.

Now available in a special LP pressing that spreads Tape 1 and Tape 2 across two airtight sides and a dynamic tête-bêche design—kinda like back issues of The FADER—it’s soothing without being saccharine, nearly 40 minutes of four-tracked jazz fusion that begs for a proper debut album in the months ahead.