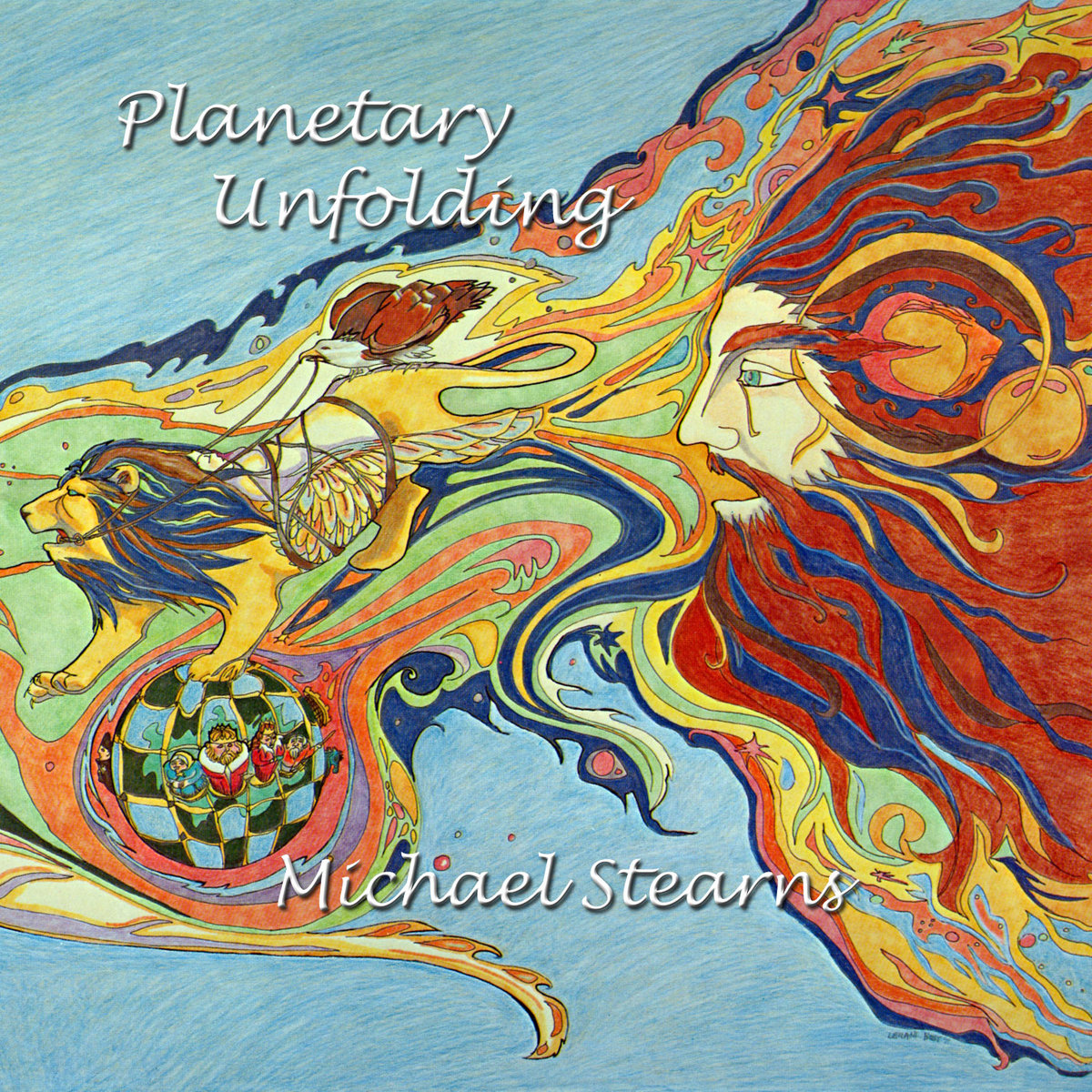 I can’t remember how I first found Planetary Unfolding (Continuum Montage, 1981). A friend of mine makes ambient tape music and works at Amoeba Berkeley as the world music buyer. We went to high school together; we used to trade baseball cards. The first time we traded something he ripped me off. It was a Chritian Okoye rookie card and it had a wax stain on the back of it.

We became friends, he became my dungeon master, and kept me alive when I lived in a house where it felt like no one cared, even though they told me every day they did. He was listening to me. I could have used some ambient music back then, but I was angry and listening to Tool and Helmet and Stereopathetic Soulmanure by Beck. I was in a rage, but it was this noise behind the rest of my experience.

There was always ambient, but I couldn’t hear it. Fast forward many years to making the last Rapture record and not being able to sleep in France. Stuck in a foreign world without much to do in the studio but wait for others to do their jobs, to listen. Looking at four white walls as the sun comes up and not being able to sleep. Looking for extra blankets to keep warm. This is when I started looking for ambient music to soothe.

I had stopped drinking and so I couldn’t just drink a little too much and call it a night. I had to actually give peace to my brain somehow. I had to find music that did this. No more running into a wall. The gospel music I listened to was nice; ’50s doo-wop harmonies was a good way to wake up. Bob Marley’s earliest recordings on JAD taught me about love.

I found this Michael Sterns record and I put it in heavy rotation with a couple other things, like Brian Eno and Harold Budd. Michael Sterns seemed to make something that felt like an airplane taking off in slow motion—really slow motion. You can hear the plane getting ready to lift, and it doesn’t feel awful. The seat isn’t too close. There are no other passengers. No attendants. There isn’t a seat—just you and the music, the sounds.

Before this, I was obsessed with writing songs—hit songs, to be clear. We had this huge management and they wanted us to be rich and famous; that’s work. This album has nothing to do with being rich and/or famous. It has to do with dying a peaceful death. Crossing to the other side, and hopefully getting some sleep.

At first, the tension builds slowly—up and up and away. It doesn’t offer you a way out; it offers you a way in. I used to listen to free-jazz for this reason, Unit Structures by Cecil Taylor, or ’80s thrash-metal. Those things built tension, told your brain it’s okay. Match the outside with the inside.

This starts with that, but takes you to a different place eventually. It’s like a massage. Somehow the synapses are getting rubbed, turned around. You can find things slowing down enough. You are held, we are held, suspended. Alive in quicksand. This sounds like a terrible thing. You are falling, enjoy the ride. Death is your friend. Why not say hello and get comfortable. This won’t last forever. I am actually your friend, not your enemy. You’re home, you’ve always been home. This is a comfortable and safe place. Stop thinking about what you gotta do, just be. I will be with you.

‘Glittering Jewel’, Luke Jenner’s latest record under his new Meditation Tunnel alias, is due out this Friday through Life and Death. Check out two of its tracks below and an extensive interview with the former Rapture frontman over at our sister site self-titled.